skip to main | skip to sidebar

I like staying in my comfort zones. I feel safe whenever I'm in them. They protect me from the world... from reality.
One such zone that I carefully keep hidden is actually the very thing that defines who and what I am. It is an extraordinary "prison" that the world might never know of... ever. It is my hope that through this blog, I would eventually overcome my fears and open up the doors bit by bit.

I am the Duke of Pink... and this is my closet. 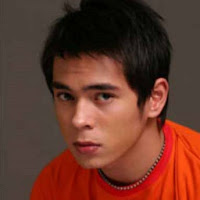 Can't believe it was Jake Cuenca I saw on TV the other day. He finally cut his hair! Can't wait to see more of him at ABS!

I wonder if most car accidents happen with gay guys involved. I sure hope not. I just can't help but think that this is possible. I mean, based on my and my friends' experience, cruising while driving is one of the most fun things to do.

So, here's how it goes: You're driving, and then your eyes notice something. A glimpse of naked flesh on a shirtless bystander, perhaps. Or a silhouette of an impossibly broad V-shaped back of a yet faceless guy who's walking away from you. Heck, even the profile of a hunky teen sitting on a park bench can get your head to turn.

Why this entry then, you ask? Well, I ALMOST got into an accident while doing just that. It's a good thing the guy I was cruising turned out to be NOT as cute as I thought he was.

So, if you share the same "guilty pleasure" I thoroughly enjoy, better wear your sunglasses all the time. It might help lessen the glare those cute guys are flashing at you. Who knows, it might reduce or even eliminate car accidents altogether.
Posted by the duke of pink at 6:56 AM 1 comment:

The Duke of Pink: Movie Reviews

Try a different twist to your usual movie review! Read the Duke of Pink's take on movies! It's filled with DEEP insights into the magical world of movies. Of course, you'll never miss the PINK fun scattered all over the place.

See you at the movies!
Posted by the duke of pink at 1:13 AM No comments:

Where does exclusivity end and promiscuity begin?

My boyfriend and I are going through a tough time. We've only been going out for a year and already friends are saying we're acting like "an old married couple." I think they're right.

Blissful Moments
We started off really well like most couples do: passionate, abandoned, unrestrained in our emotions. For the first five months I was content with JUST him in my life. I was happy.

We'd have nights out, out-of-town escapades, beer-drinking sessions with buddies. He thoroughly enjoyed these activities since he's significantly younger. And somehow, I allowed myself to enjoy them, though not as much as he did.

Flashback: My first pangs of pink...

The year was 1984. I was barely seven summers old. But I still remember how my first sensual (NOT SEXUAL) experience felt like.

My dad's work compelled him to bring home lots of gruffy-looking guys to have dinner with us. Mom hated it coz she had to prepare everything. I loved it for reasons I didn't know then.

One time, my dad brought home one of his subordinates for some late-night work. I've met him once before during a visit to my dad's workplace. He looked quite dirty then so I never bothered to talk to him (I liked talking to grown-ups when I was a kid). But when dad invited him over for dinner he looked just the opposite: clean and yummy-looking. I was mesmerized! I spent the next hour drooling at him over dinner.

In the next few days, I couldn't understand why I would lie face down on the bed everyday and imagine him being auctioned off naked to a bunch of ogling women (just like that scene from Buck Rogers). It was only when I was a little older that I realized I had the hots for him.

Too bad we moved long before I was old enough to tell him I liked him.

Wherever you are now, Buck, be glad to know that you're the first guy who ever made my pink heart flutter?
Posted by the duke of pink at 1:18 PM No comments:

Is COMING OUT really for me?

COMING OUT! It's not much news these days. Everyday we hear more and more gay men pouring their hearts out and baring their green souls to the world. The formerly juicy tidbit of "a friend from college coming out" has somehow lost most of its shock factor. The supposedly explosive news of a popular film actor caught kissing another guy no longer proves detrimental to his career.

Nowadays, a gay man coming out tends to get sympathy rather than contempt and ridicule.

Several reasons can account for this:
1. Homosexuals are accepted more easily now than in any other point in history.
2. Hollywood's effort to show the REAL and HUMAN side of gay men is slowly overshadowing the stereotype of gay men being nothing more than drag queens.
3. There's just too many of us doing extraordinarily GREAT things for humanity (HAH!)

So, why am I still hiding inside my closet? If the world really is fair to such as I, what is there left to fear? Should I just drop my doubts and jump into the coming out bandwagon?

Honestly, I don't have the answer... yet. But I'm getting there, somehow. It's only a matter of time.

This blog chronicles my journey. And the end looks bright... as pink. :)
Posted by the duke of pink at 12:07 PM No comments:

the duke of pink

The Duchy of Pink - Vassal Links